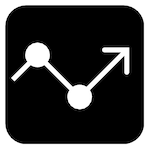 Can be used to perform:

The mentions extractor will detect the possible entities (a.k.a. mentions), that will be then linked to a data source (e.g.: Wikidata) by the linker.

The linguistic approach relies on the idea that mentions will usually be a syntagma or a noun. Therefore, this approach detects nouns that are included in a syntagma and that act like objects, subjects, etc. This approach do not depend on the model (although the performance does), but a noun in a text should be always a noun, it doesn't depend on the dataset the model has been trained on.

The linker will link the detected entities to a existing set of labels. Some of the linkers, however, are end-to-end, i.e. they don't need the mentions extractor, as they detect and link the entities at the same time.

Again, there are 4 linkers available currently, 2 of them are end-to-end and 2 are not. Let's start with those thar are not end-to-end:

You will see the annotated sentence:

How to create a custom component¶

If you want to implement your own mentions_extractor or linker and use it with ZShot you can do it. To make it easier for the user to implement a new component, some base classes are provided that you have to extend with your code.

It is as simple as create a new class extending the base class (MentionsExtractor or Linker). You will have to implement the predict method, which will receive the SpaCy Documents and will return a list of zshot.utils.data_models.Span for each document.

This is a simple mentions_extractor that will extract as mentions all words that contain the letter s:

Evaluation is an important process to keep improving the performance of the models, that's why ZShot allows to evaluate the component with two predefined datasets: OntoNotes and MedMentions, in a Zero-Shot version in which the entities of the test and validation splits don't appear in the train set.

The package evaluation contains all the functionalities to evaluate the ZShot components. The main function is zshot.evaluation.zshot_evaluate.evaluate, that will take as input the SpaCy nlp model and the dataset(s) and split(s) to evaluate. It will return a str containing a table with the results of the evaluation. For instance the evaluation of the ZShot custom component implemented above would be: