Now that the model is live, we need to understand how it performs in production and close the data feedback loop. This is important due to two reasons: a) Ensuring the model is still valid (even with time passing) and b) Detecting (temporary) unusual behavior. Tools for log aggregation and metrics collection are usually used to capture data from a live system such as business KPIs, software reliability and performance metrics, debugging information for troubleshooting, and other indicators that could trigger alerts when something goes out of the ordinary. We can also leverage these same tools to capture data to understand how our model is behaving such as:

As Einstein is rumored to have said, theory and practice are the same, in theory. In practice, they are different. So it is with models.

The are many open and enterprise tools for model monitoring. One such open source alternative is Kibana. Another alternative on the enterprise side is IBM Watson OpenScale which covers not only general metric and log functions but also has tools for identifying bias and improve model interpretability.

The following sections will go into more detail on some of the most relevant elements of model monitoring and how those insights can be used to inform decisions about model retraining, data collection and other model improvements. Moreover we also cover methods and techniques regarding model bias and interpretability and how you may use them in your projects.

Concept drift in machine learning and data mining refers to the change in the relationships between input and output data in the underlying problem over time. What is especially important for us is to monitor and track the performance of our models such that if we see a marked decrease in expected performance we are alerted of it.

Concept drift is very common in productive systems, e.g. sensors wearing out over time, productions layouts changing or the predictions we are issuing changing the environment itself; For instance, imagine a predictive policing model indicating the neighborhoods in a city with the most criminal activities. The local police will accordingly reinforce their presence in this area which results in a decreasing criminal statistic over time. This development, however, will invalidate the recommendations of the predictive service which continues to classify this neighborhood as a high-risk area.

One of the main objectives of model monitoring is to inform your (re) training strategy. If your performance is smoothly dropping every month then it might be an indication that the underlying process you are trying to model is changing faster than the model is able to capture it.

Furthermore it is important to understand that concept drift does not necessarily happen smoothly over time. In general we can think of drift being caused typically by either of the following changes:

Once we have identified concept drift, different handling schemes may be required for each situation. Often, recurring change and long-term trends are considered systematic and can be explicitly identified and handled. Below is a list with some of the methods and techniques you can use to mitigate and control for concept drift:

However, all these methods require that you gain true labels within the productive environment. If this is not the case, more advanced methods are necessary, e.g. a precise monitoring of the input data.

A simple answer to the presence of bias is that it’s a result of the data, but the origins are more subtle and related to the source of data, the contents of the data (does it include elements that the model should be ignorant of?), and the training of the model itself (for example, how do we define good and bad in the context of a model’s classification). The more common types of bias are presented next:

IBM has developed the AI Fairness 360 Toolkit to help practioners understand and mitigate bias in their ML projects. It provides access to many state of the art bias and fairness mitigation and identification techniques and it is fully open source.

Furthermore regulatory considerations such as GDPR will make it increasingly important for business that make decisions based on ML models to explain the decisions made by the model. One such example is that in February 2019 Polish government added an amendment to a banking law that gives a customer a right to receive an explanation in case of a negative credit decision. It’s one of the direct consequences of implementing GDPR in EU. This means that a bank needs to be able to explain why the loan wasn’t granted if the decision process was automatic. 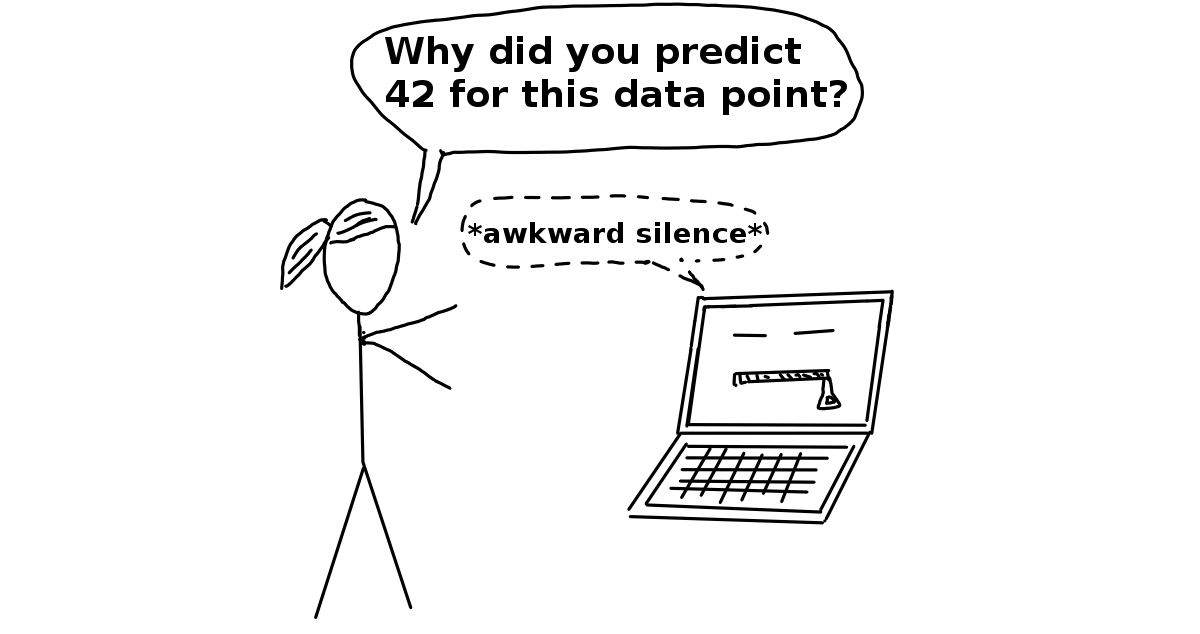 To interpret a model, we require the following insights :

There are a number of techniques you can use to help interpretation of your model such as:

In this implementation all the relevant metrics are pushed to AWS S3 from where they can be accessed. In the makefile the test coverage results are copied to a S3 bucket:

From this bucket, the results can be accessed via a SaaS: AWS QuickSight. The tool is a reporting solution, which can directly access JSON files from AWS S3. As the coverage files are pushed for every build and a specific version, they can be viewed over time and version in the report. AWS QuickSight offers multiple standard reports, that visualize the input.