Errors made by us humans, when executed can lead to software failures. Some errors and mistakes are minor but some are quite dangerous and require constant evaluation and monitoring. Therefore, it has become vital for software engineers to implement testing throughout the software life cycle, to ensure the efficiency of the developed software as well as to verify that no defects or bugs are left undetected, as they can hamper the intended quality, effectiveness, and performance of the software. Moreover, testing is a process that helps measure the quality of the software and gives confidence in it. The process of testing should always be automated.

Unit testing is a method where components or individual units of software are tested to determine their conformity to the designed specifications, and that also includes testing associated data and usage procedures. A unit is simply a small piece of code for any single function. The unit test itself is a short script or piece of code designed to verify the behavior of a particular unit to produce a pass or fail result.

One tool you may use to write your unit tests in python is unittestwhich is a unit testing framework that was originally inspired by JUnit and has a similar flavor as major unit testing frameworks in other languages. It supports test automation, sharing of setup and shutdown code for tests, aggregation of tests into collections, and independence of the tests from the reporting framework. You can learn more about it here.

The following is an example for writting unit tests using unittest to test three string methods:

An edge case typically involves input values that require special handling in an algorithm behind a computer program. As a measure for validating the behavior of computer programs in such cases; they are testing boundary conditions of an algorithm, function or method. A series of edge cases around each “boundary” can be used to give reasonable coverage and confidence using the assumption that if it behaves correctly at the edges, it should behave everywhere else.

For example, a function that divides two numbers might be tested using both very large and very small numbers. This assumes that if it works for both ends of the magnitude spectrum, it should work correctly in between.

If an object has any of the following characteristics, it may be useful to use a mock object in its place:

Integration testing is a level of software testing where individual units (unit tests) are combined and tested as a group. The purpose of this level of testing is to expose faults in the interaction between integrated units. There are a number of approaches to run your integration tests, below we present some of the most commonly used:

System testing is a level of testing that validates the complete and fully integrated software product. The purpose of a system test is to evaluate the end-to-end system specifications. Usually, the software is only one element of a larger computer-based system. Ultimately, the software is interfaced with other software/hardware systems. System Testing is actually a series of different tests whose sole purpose is to exercise the full computer-based system.

Several methods can be used to validate that the data going into the model is correct and aligned with expectations. It is particularly important to continue to validate and test incoming data during production to ensure that our models continue to perform and it can also serve as an indication or trigger that the model needs to be re-trained because the distribution or nature of the data has changed.

Monitoring is crucial for models that automatically incorporate new data in a continual or ongoingfashion at training time, and is always needed for models that serve predictions in an on-demand fashion.

Given the fact that we have problems such as unstable data, underfitted models, overfitted models, and uncertain future resiliency, what should we do? There are some general guidelines and techniques, known as heuristics, that we can write into tests to mitigate the risk of these issues arising.

Data will flow into a machine learning algorithm and flow out of the algorithm. We can test those two seams by unit testing our data inputs and outputs to make sure they are valid within our given tolerances. For example, let’s say that you would like to test a neural network. You know that the data that is yielded to a neural network needs to be between 0 and 1 and that in your case you want the data to sum to 1

Testing the Speed of Training

A good proxy for complexity in a machine learning model is how fast it takes to train it. If you are testing different approaches to solving a problem and one takes 3 hours to train while the other takes 30 minutes, generally speaking the one that takes less time to train is probably better. The best approach would be to wrap a benchmark around the code to find out if it’s getting faster or slower over time.

The following represents some of the techniques which could be used to perform blackbox testing on machine learning models:

You can read some more details about these techniques here

White-box testing is a testing technique which checks the internal functioning of the system. In this method, testing is based on coverage of code statements, branches, paths or conditions. White-Box testing is considered as low-level testing. It is also called glass box, transparent box, clear box or code base testing. The white-box Testing method assumes that the path of the logic in a unit or program is known.

The key differences between the two are: 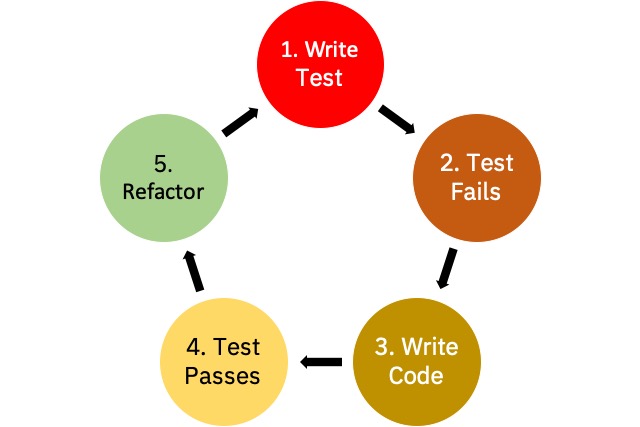 The practice of TDD involves writing a failing test, writing the code that makes it pass, and then refactoring the original code. Some people call it “red-green-refactor” after the colors of many testing libraries. Red is writing a test that doesn’t work originally but documents what your goal is, while green involves making the code work so the test passes. Finally, you refactor the original code to work so that you are happy with its design.

Testing has always been a mainstay in the traditional development practice, but TDD emphasizes testing first instead of testing near the end of a development cycle.

During every build a code style check should be run to ensure the defined code style is enforced. A recommended tool to check the formatting is yapf.

The tests in this case are located in the tests/ folder for the respective module: model and training.

In tests/model there are two unit test files: classifier.py and datamodel.py. These files contain the single unit test cases, with each test case represented as one function:

The functions are testing specific units of the classifier code. The class is inheriting from unitest.TestCase, which builds the basis for unit test functionality. The unit tests assert for a certain condition: e.g self.assertEqual(prediction, Prediction.BENIGN). This way these unit tests can be run automatically by the build server and yield a positive or negative result informing the developer about the functionality of the specific unit. The build server can be configured to break the build, when on of these test cases fails, so it is not continued any further.

The file systest_model.py contains the system test for the whole model and its corresponding smaller units.

In this case the classifier is instantiated and the predict method is called, assuming the smaller underlying units are working, as they are tested beforehand. With this call, the whole chain of functionality is tested and a respective result is asserted in the end. 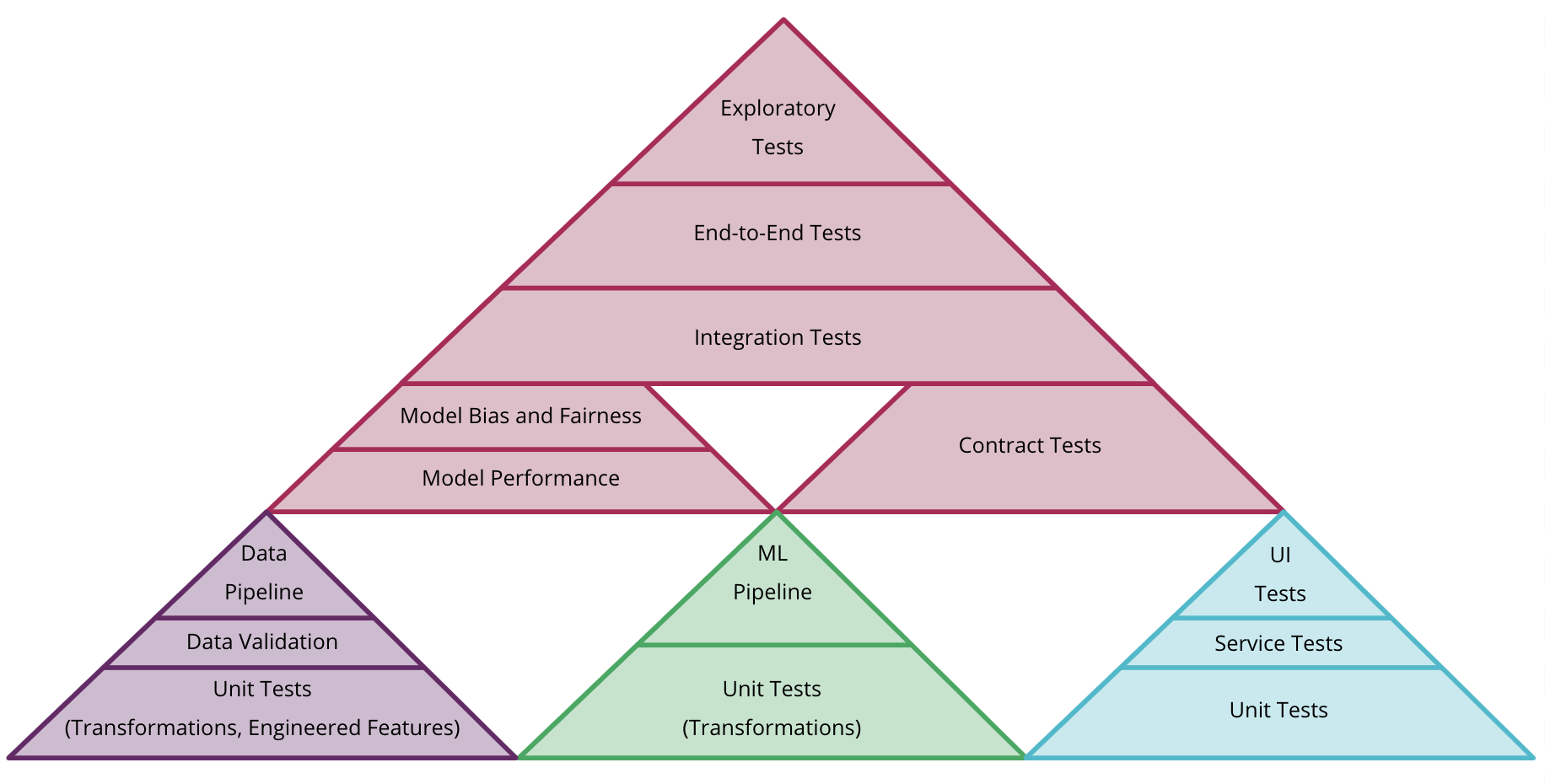