The workshop addresses the topic containerized applications on IBM Cloud Code Engine. (GitHub project) After you complete this workshop, you'll have a basic understanding of the following:

The scope of this workshop is not to explain every aspect of running an application or job on Code Engine. It's just about containerized applications.

Here is a 1-hour YouTube live stream on IBM Developer 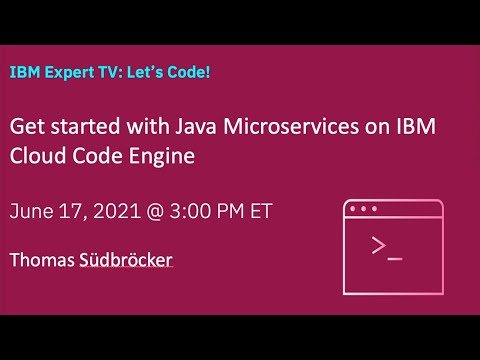 Code Engine has a free tier per month, and we expect, if you haven't used that free tier in current month, you can execute the workshop without creating any additional costs. For the monitoring and logging we will use free lite plans for the service instances IBM Cloud Monitoring and IBM Cloud Log Analysis.

This workshop is related to the Cloud Native Starter project. In the workshop we use a customized version of the security application example.

The example application simply shows articles protected with an Identity and Access Management. In the following picture you see the frontend with the articles and the valid user alice is logged on.

The image below shows the dependencies of the example:

Each external route communication will be automatically secured with a TLS Encryption created by Code Engine using Let's encrypt. The three applications are the web-app which will be loaded into the browser, the Keycloak that must be available for the authentication/authorization to our application and for potential configuration the Identity and Access Management and finally the web-api microservice which provides the articles data and will be invoked be the web-app.

The articles microservice doesn't need to be invoked from external, so it's configured to provide only an internal route, which is used by the web-api microservice to get the articles from.

The Keycloak application for the Identity and Access Management isn't configured to scale to zero, because the application is stateful and contains the realm configuration, which will be deleted, if you would restart the application.

Note: The project also contains the source code, that you can use to customize to your an own version of the microservices based example application.

These are the sections of this workshop, go through all of them in sequence, start with Lab 1. Setup the example application :

The example mircorservices application example is build with following technologies/tools/frameworks.